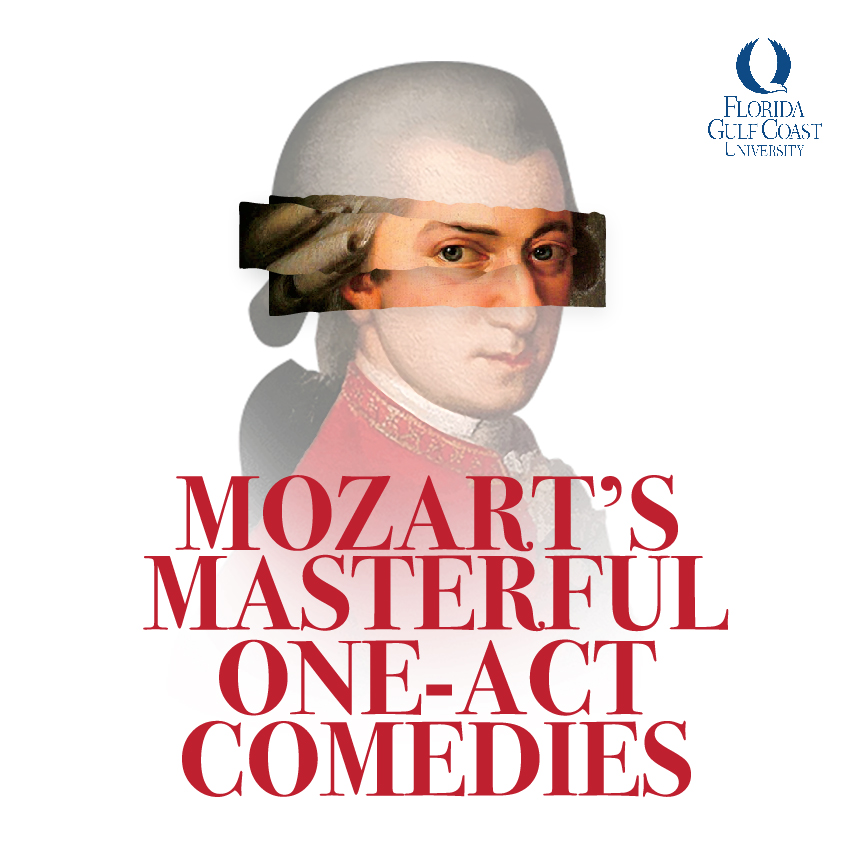 The Impresario is a comic singspiel set to a German libretto by Gottlieb Stephanie. Regarded as a parody on the vanity of singers, the story follows two rival actresses as they audition and join a new theatrical company, vying for the star role and top salary. To demonstrate their strengths, each sings a striking aria to back her claim to be the ultimate prima donna. A hilarious trio ensues when tenor, Vogelsang, intervenes, and a compromise is reached when the divas agree that they must put art above personality.

One of Mozart’s earliest operas, Bastien und Bastienne was written in 1768 when Mozart was only 12. The German singspiel is based on the popular comic parody, “The Loves of Bastien and Bastienne.” The quarrels, sorrows and reconciliations of two young lovers are illustrated by games of seduction and fits of jealousy in an enchanting pastoral setting. Through young Mozart’s arias, the joyous and graceful representation of a child’s feelings are complemented by familiar melodies.

The program is being directed by Jeanie Darnell, professor of music and head of vocal studies at FGCU, with musical direction and piano accompaniment provided by Robin Frank, director of education and chorus master at Opera Naples.