The dedicated board, staff, and administration that supports and fosters our dedicated organization.

Ramón Tebar has been recognized with various honors and awards, including the Henry C. Clark Conductor of the Year Award by Florida Grand Opera in 2010 and 2013, The Miami Herald as “Top 20 under 40” and “100 españoles by Marca España”. In 2014, he was bestowed the Cross of Officer of the Order of Mérito Civil in recognition of his cultural accomplishments by His Majesty, the King of Spain Felipe VI.

Tebar has recorded for UNIVERSAL MUSIC, UNITEL CLASSICA and DECCA.

Vice Chairman/Treasurer of the Board

John Pepe is Vice Chairman and Treasurer of Opera Naples.  He is the Chairman and Co-Founder of Hydraforce, Inc., and President of JMP Investments LLC. He has served on a number of non-profit boards, including the Order of St. Francis Hospital Group, the St. Anthony Medical Center and Patricia D. Pepe Center for Cancer Care in Rockford, Illinois.  He is an adviser to the Venture Capital Committee of OSF Health Care and is a member of the Italian Cultural Society of Naples. 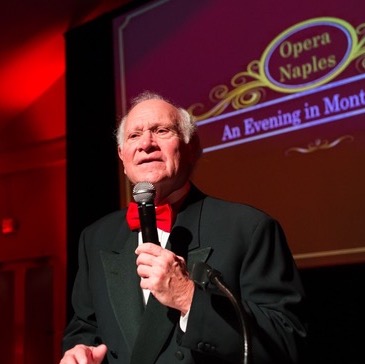 Gerald Goldberg is one of the Founders of Opera Naples and served as Chairman and as General Director of the organization for many years.  An aerospace engineer by training, Mr. Goldberg is also a real estate developer and is a member of Naples Board of Realtors.

Secretary of the Board/ Director

Linda Kehoe is Secretary of the Board of Directors. Linda brings to the board the organizational skills she developed as National Account Manager for AT&T.  She is a member of the Naples Sailing and Yacht Club. She has hosted Resident Artists and Opera Naples Academy students at her home in Naples.  Mrs. Kehoe spends the summer in Cooperstown, New York. 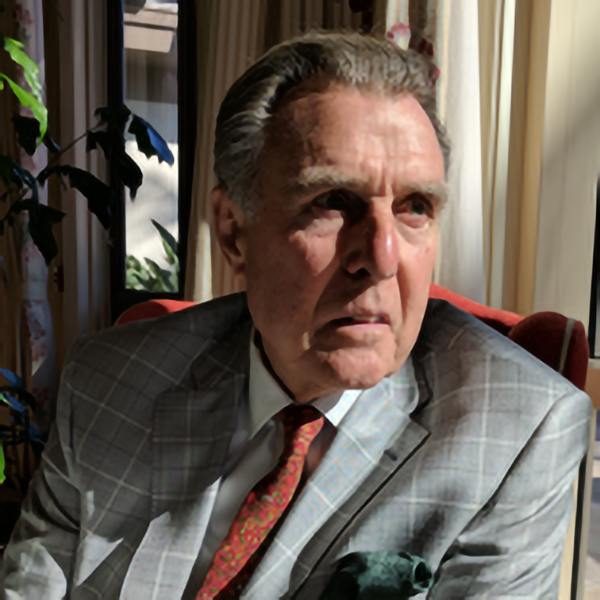 CHAIR OF THE BOARD/TRUSTEE

Larry Ost is the former Chief Executive Officer of a multinational manufacturing company.  He is a member of the Chaine des Rotisseurs and of the Circumnavigators Club. He brings his extensive skills in management and planning to the Board. 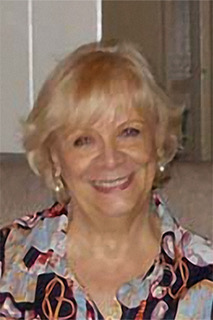 Jan Burrus is the retired Chief Executive Officer of GMI Signage Co.  She has been a managing partner in several commercial and real estate ventures, including development and management of properties in several states. 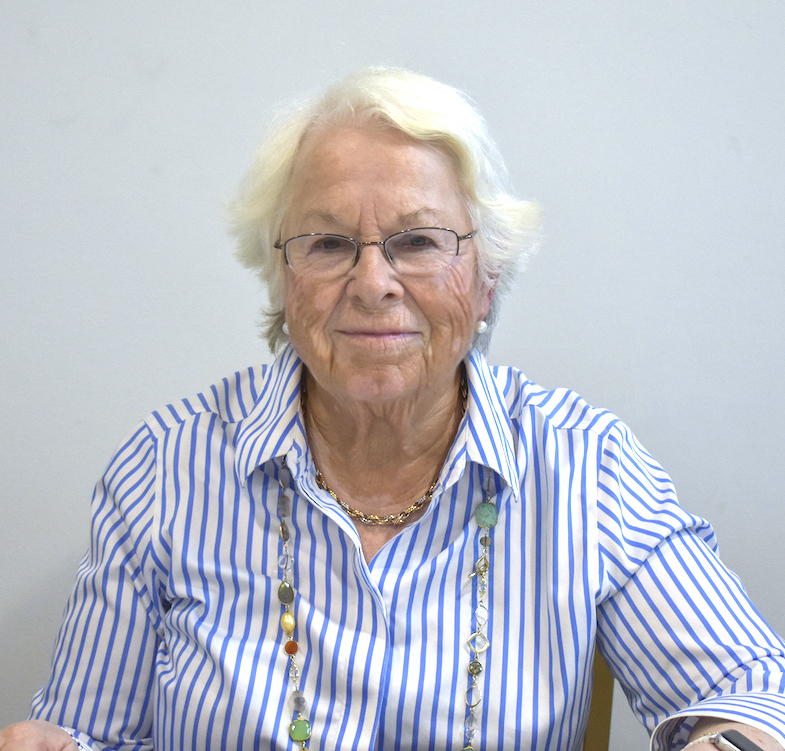 Sally Gleason is the former President and member of the Executive Committee of Grand Rapids Opera.  She was a Public Relations Officer, Special Events, for Seyferth and Associates.  Mrs. Gleason is a co-founder of the Women’s Giving Circle of SW Florida and is the former communications director of the Christ Child Society of Naples.

Wendy Needham has been a Board Member since 2013 and has been Board Chair since 2019.

She worked on Wall Street for 22 years, most recently leading the Global Automotive Research team at Credit Suisse.  She also chairs the Audit Committee at a Fortune 500 company and serves on that company’s Executive Committee. She is a member of Greater Naples Leadership and the Naples Woman’s Club. 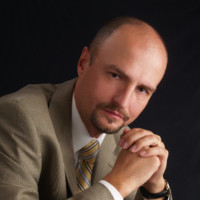 Dr. Krzysztof Biernacki is the Director of the Bower School of Music & the Arts at Florida Gulf Coast University. He is a classically trained singer, award-winning voice professor, opera stage director, and academic administrator. Before FGCU, Dr. Biernacki held the position of Professor of Voice and Director of Opera at the University of North Florida in Jacksonville. He is a recipient of numerous grants and an experienced organizer of successful community partnerships. 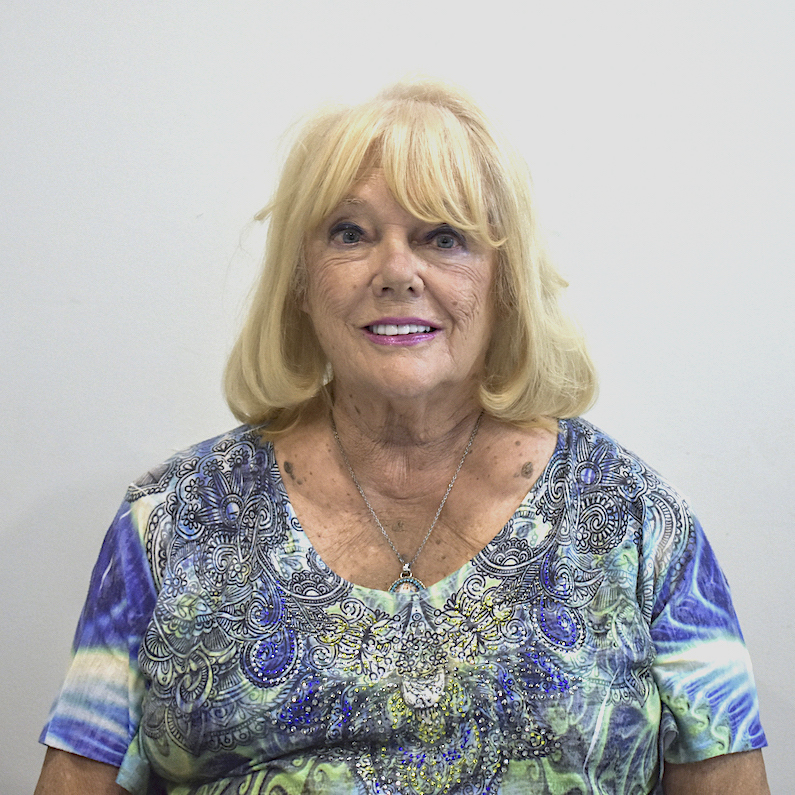 Moira Fennessey was a special speech audiologist and Director of Special Gifted Education for the New Jersey State Department of Education.  Mrs. Fennessey is active in the Italian Cultural Society, the Italian American Foundation, Chaine des Rotisseurs, Legatus, and the Latchkey League.  She brings her skills in event planning and in governance to the Board. 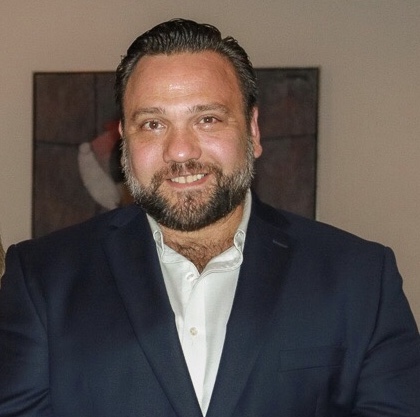 Livio Ferrari is a co-founder of Opera Naples and the owner of Ferrari Fitness Center. 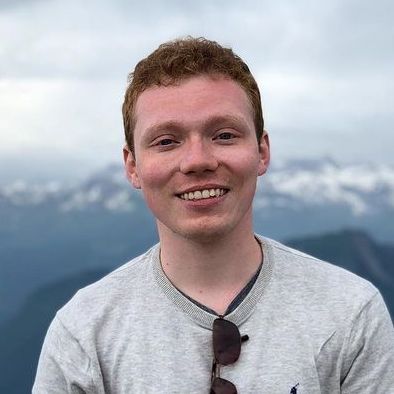 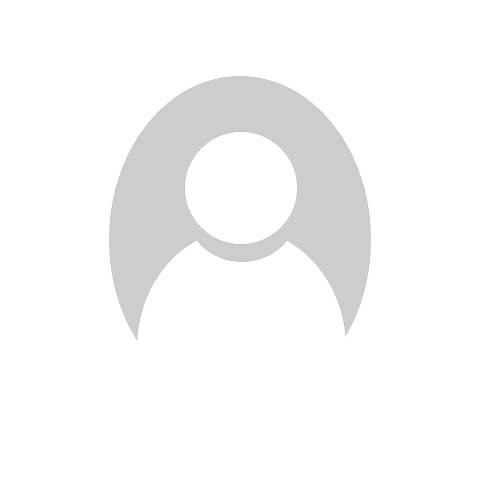 Brian Dorn is a patent attorney at Arthrex Inc. He also serves on the Board of Directors for BioFlorida and LCA Board of Trustees for the University of Florida Levin College of Law. Brian and his family have lived in Naples since 2015. 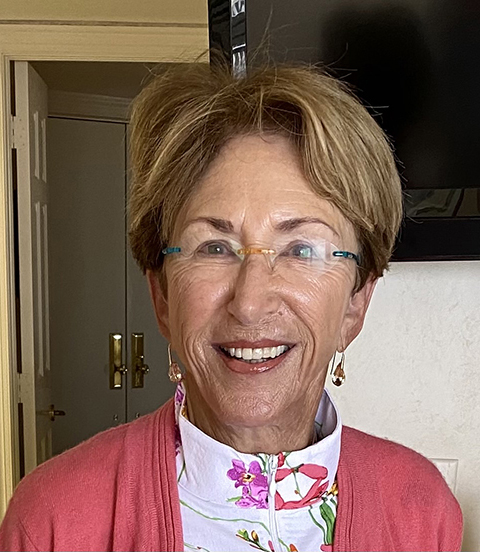 Susan Mullin Scott retired from the investment business in Boston where she was a securities trader for Wellington Management and Lehman Brothers. Subsequently, she was a Guardian ad Litem in the Boston Juvenile Court and now is a panel member on the Citizens Foster Care Review Board in Naples. She is a member of the Royal Poinciana Golf Club Scholarship Committee and was a member of the Board there for 6 years.

Rita Albaugh is Box Office Manager for Opera Naples where she has overseen ticket sales and provided excellent customer service for 40+ productions. She is renowned for her versatility, attention to detail, passion for opera and devotion to promoting a lifelong love for music and the arts. Rita is a founding charter member of the local chapter of the women’s group Soroptimist of Naples where she served as president, director of membership/publicity and recording secretary. She is a successful grant writer and coordinated fundraising events to benefit PACE Center for Girls, the Shelter for Abused Women and Children, the Alzheimer’s Association – Gulf Coast Chapter, the Alzheimer’s Support Network of Naples, the Neighborhood Health Clinic, and Humane Society Naples. Rita has overseen Opera Naples’ 100+ volunteer member group, arranged schedules for staff operations and assisted the executive team with financial statements and accounting reports, marketing efforts, proofreading, caterers, and valets. She was Box Office Manager and Group Sales Manager for TheatreZone, and has a background in marketing, elder care, and at Texas Instruments in Dallas, Texas, in college and professional staffing as well as a buyer in the research division. 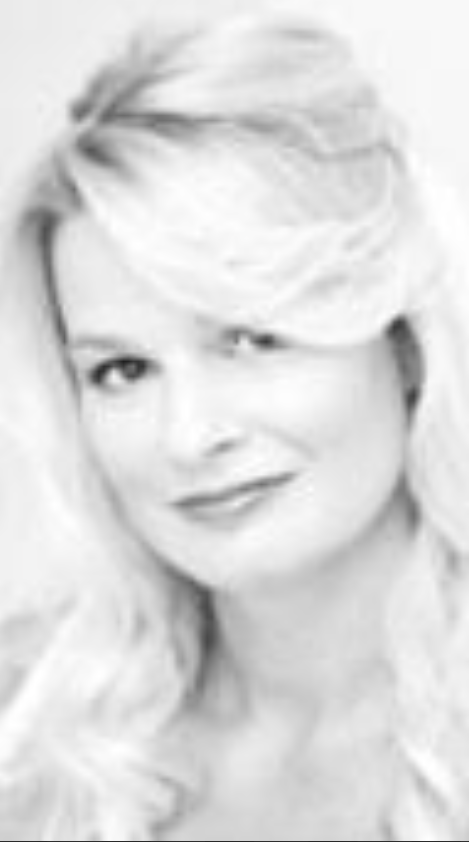 Tricia enjoys time with her family in Collier County.  Her appreciation of music and culture made this opportunity with Opera Naples an obvious choice.

Robin Shuford Frank is Chorus Master, Music Administrator, and Director of Educational Outreach for Opera Naples, for which she also serves as Musical Director for youth productions. She engages Southwest Florida’s youth through the company’s Student Apprentice Program, community outreach performances, Elementary In-School Tours, and Young Artist Program. An accomplished pianist, she serves as the rehearsal pianist for Opera Naples’ main productions as well as the pianist for community concerts and events. As chorus master, she prepares the adult and children’s choruses for all productions in which they appear. She is also the company’s orchestra personnel manager and librarian. Aside from her work with Opera Naples, Frank is the accompanist for The Festival Singers of Florida and also frequently performs with the Naples Philharmonic Orchestra and The Naples Players. She is a frequently sought guest accompanist for choral festivals around the country.

Prior to moving to Naples, Frank was an Adjunct Professor at Palm Beach Atlantic University, a rehearsal pianist for Palm Beach Opera, an Artist in Residence for Bak Middle School of the Arts, and a Pianist/Coach for Opera New Jersey. Frank has been an Adjunct Professor at Florida Gulf Coast University in the Bower School of Music since 2009. She has a Masters degree from Westminster Choir College in Accompanying and Vocal Coaching and a Bachelors degree in Music Education from The Florida State University. 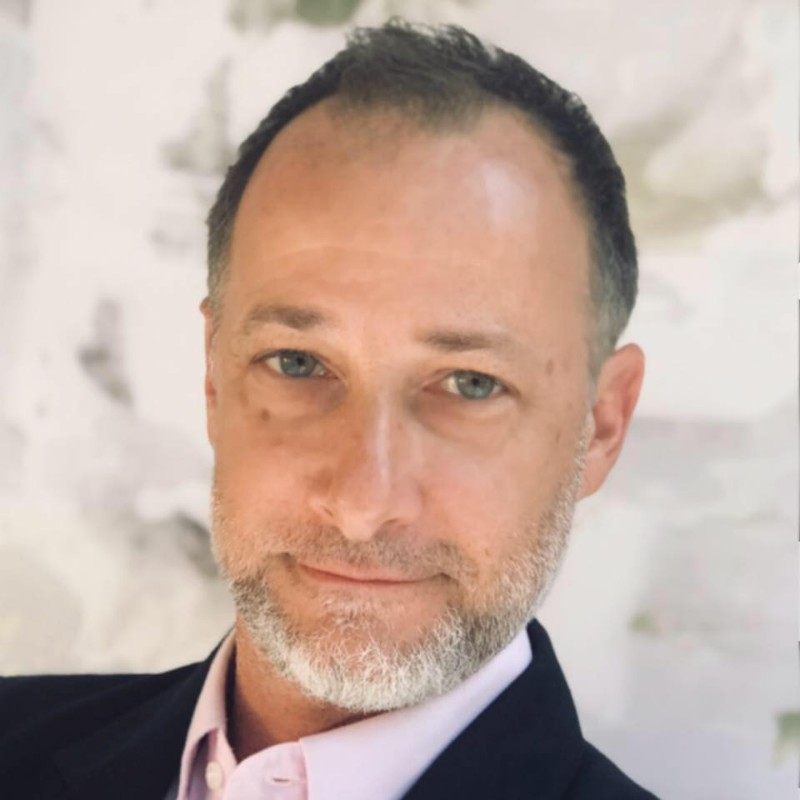 Kent has dedicated himself to building arts and environmental based organizations of impact to the greater Naples community, most recently with Naples Botanical Garden, Inc. as Planned and Major Gifts Development Officer, and Gulfshore Playhouse, Inc. as Director of Corporate and Foundation Relations. Kent has served on local finance committees and is treasurer of a national genealogical society. He was an investment professional beginning with Prudential Securities in NYC, Fleet Enterprises in NJ, and ultimately as a Senior Trust Officer with Merchants Trust Company in Burlington, VT. He holds a Master of Science in Finance from FIU, a Bachelor of Arts in Political Economics from Middlebury College, and certification from The Fund Raising School at the Indiana University Lilly Family School of Philanthropy. He is a past individual member of Greater Naples Area Planned Giving Council, Association of Fundraising Professionals, the FL Southwest Chapter of the Association of Fundraising Professionals, and was organizationally active with the Central American Botanic Garden Network and the American Public Gardens Association.

A recipient of a Fulbright scholarship to Universität für Musik und darstellende Kunst in Vienna, Austria, a Herbert von Karajan grant from the Vienna Staatsoper, a William Matheus Sullivan career grant, and a finalist of the Richard Tucker Foundation Awards. She is a graduate of the University of Miami and the Juilliard School in NYC.

Your financial contribution provides the solid fiscal base on which locally produced grand opera can grow and thrive in Southwest Florida.

Your gift is a critical part of our operation that not only provides education and outreach programs to adults and students throughout the region but also allows us to continue offering tickets to our performances at prices that are accessible to the entire community. Naming opportunities for Season, Production, Performance and Artist sponsorships are also available.

Make a Gift
×
Scroll To Top