POSTPONED Due to Hurricane Ian 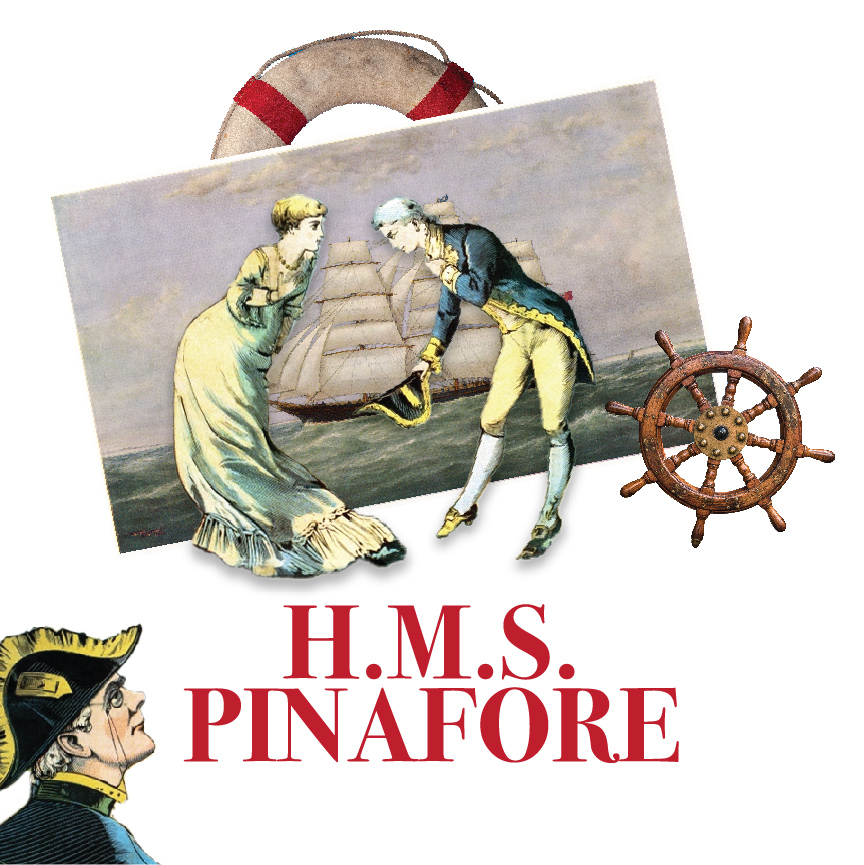 Composed by Gilbert And Sullivan

Since its premiere in 1878, Gilbert and Sullivan’s wildly popular operetta H.M.S. Pinafore has delighted audiences with a nautically tinged story of star-crossed lovers. Satire and silliness unfurl as the crew of the Pinafore explores how social class affects relationships. The Captain’s daughter, Josephine, is torn between two loves — humble sailor, Ralph, and wealthy Sir Joseph Porter. Meanwhile, Little Buttercup, a poor peddler, is secretly in love with the Captain. Chaos ensues aboard the ship until a long-kept secret is revealed involving a case of mistaken identities which changes everything.
A rollicking farce with endearing characters, memorable tunes, and a hilariously happy ending, H.M.S. Pinafore is a classic, time-tested delight not to be missed.

This outstanding musical is a must-see for the entire family!

Louis Dall’Ava has performed 27 principal roles in Gilbert & Sullivan operettas with companies including The New York Gilbert & Sullivan players, Manhattan Savoyards, Sorg Opera (OH) and Mobile Opera (AL), at venues including Wolf Trap, The Garden State Arts Center, and The International G&S Festival in Buxton England. He is the 2005-2006 recipient of NYGASP’s Isaac Asimov Award for Artistic Achievement. Among various other musical theater roles, he has performed Charles and the Comte de Chagny on three international tours of The Phantom of the Opera and was named Best Actor in a Musical by Bravo Pix for his portrayal of Fagin in Commonwealth Opera’s Oliver. He has also been the director and costume/set designer for numerous productions throughout the country and has been involved with Opera Naples in various capacities including directing youth productions, costumes, props, and performing since 2005.

Robin Shuford Frank is Chorus Master, Music Administrator, and Director of Educational Outreach for Opera Naples, for which she also serves as Musical Director for youth productions. She engages Southwest Florida’s youth through the company’s Student Apprentice Program, community outreach performances, Elementary In-School Tours, and Young Artist Program. An accomplished pianist, she serves as the rehearsal pianist for Opera Naples main productions as well as the pianist for community concerts and events. As chorus master, she prepares the adult and children’s choruses for all productions in which they appear. She is also the company’s orchestra personnel manager and librarian. Aside from her work with Opera Naples, Frank is the accompanist for The Festival Singers of Florida and also frequently performs with the Naples Philharmonic Orchestra and The Naples Players.

Prior to moving to Naples, Frank was an Adjunct Professor at Palm Beach Atlantic University, a rehearsal pianist for Palm Beach Opera, an Artist in Residence for Bak Middle School of the Arts, and a Pianist/Coach for Opera New Jersey. Frank has been an Adjunct Professor at Florida Gulf Coast University in the Bower School of Music since 2009. She has a Masters degree from Westminster Choir College in Accompanying and Vocal Coaching and a Bachelors degree in Music Education from The Florida State University.